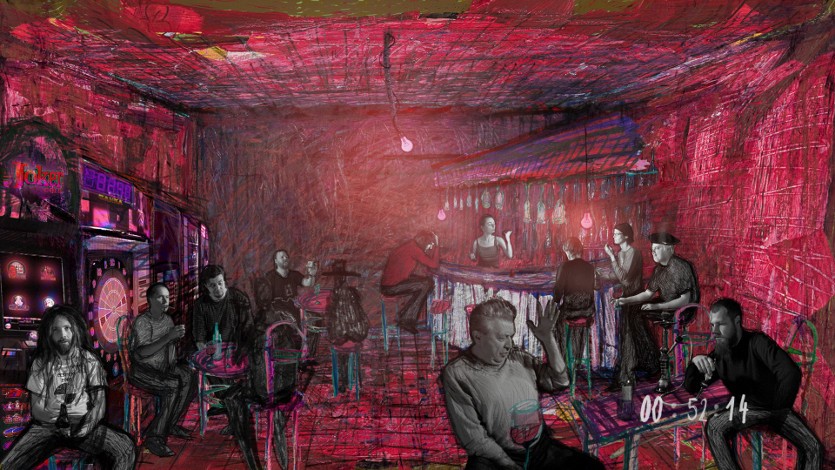 The following short films will be freely accessible on the touchscreens in the ACMI Australian Mediatheque every day of the festival until, and including, Wed 23 Sep, from 6pm until the start of the last film.

Additionally, a selection of the family-friendlier new Czech and Slovak shorts from the list below will screen on the Big Screen in Federation Square on Fri 18 Sep at 3.30pm and again on Sun 20 Sep at 1.30pm.

MARIO AND THE MAGICIAN (MÁRIO A KOUZELNÍK)
Director: Michaela Pavlátová | 2014
Czech Republic | 5 min
A jaunty animated short from one of the great Czech animators (Tram, CaSFFA 2014), inspired by a Thomas Mann novella about the dangerous ability to manipulate crowds.

TONY AND MR. ILLNESS (TONDA A BACIL)
Director: Kateřina Karhánková | 2014
Czech Republic | 4 min
A short film in which a young live-action boy pits his wits against a malevolent animated lurgy.

FONGOPOLIS
Director: Joanna Kožuch | 2014
Slovakia | 13 min
A violinist whose big break should be just ahead of him is overwhelmed by chaos at a railway station.

FORCE OF ATTRACTION (SILA PRÍŤAŽLIVOSTI)
Director: Eva Sekerešová | 2014
Slovakia | 4 min
Attraction works differently in space. It may even be able to bring an astronaut and a cosmonaut together.

GREEN LINE (ZELENÁ VLNA)
Director: Martina Buchelová | 2014
Slovakia | 12 min
A woman at her wits’ end is loath to take seriously fantastical claims made by her father and son.

KAREL ZEMAN BEHIND THE SCENES
Courtesy of the Karel Zeman Museum, the touchscreens in the ACMI Australian Mediatheque will also be loaded with several behind the scenes and special effects makings-of video clips from the Karel Zeman films screening at this year’s CaSFFA, along with a rich selection of other fascinating material on the legendary special effects pioneer.

SPIRIT OF ADVENTURE SHORTS
Short films and video art from several artists in this year’s Spirit of Adventure exhibition will also be accessible on the Mediatheque touchscreens.