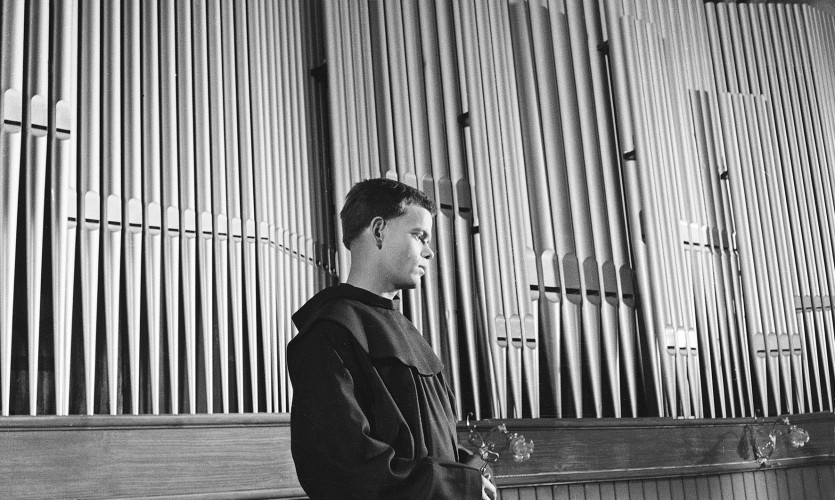 During World War II, a Polish deserter and organ virtuoso hides from the fascists in a Slovak monastery. Masquerading as “Brother Felix”, he lands in the middle of a web of complex relationships that reveals the depth of psychological pressures characteristic of the region and the times.

With music by Johann Sebastian Bach, as adapted and performed by Ján Zimmer, The Organ was awarded at the 1965 Locarno International Film Festival. Considered subversive by the powers that were, it was disappeared in the 1970s until 1987.

CaSFFA is proud to present Štefan Uher’s superb follow-up to The Sun in a Net in a digital restoration, courtesy of the Slovak Film Institute, to complement this year’s special presentation of The Cathedral Builder with live organ accompaniment from Pavel Kohout.